Checking in with my second post in my new weekly meme.

Reading this week has gone on a lot better than crochet or knitting time. Mainly because it was easier and quicker to pick up my books with sick little ones and it’s always nice to have escape time.

Last week I was reading CJ Sansom’s Dissolution, which I finished, this is my review. 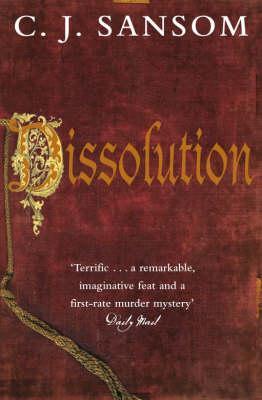 From Goodreads :- It is 1537, a time of revolution that sees the greatest changes in England since 1066. Henry VIII has proclaimed himself Supreme Head of the Church. The country is waking up to savage new laws, rigged trials and the greatest network of informers it has ever seen. And under the order of Thomas
Cromwell, a team of commissioners is sent through the country to investigate the monasteries. There can only be oneoutcome: dissolution.

But on the Sussex coast, at the monastery of Scarnsea, events have spiralled out of control. Cromwells Commissioner, Robin Singleton, has been found dead, his head severed from his body. His horrific murder is accompanied by equally sinister acts of sacrilege.

Matthew Shardlake, lawyer and long time supporter of Reform, has been sent by Cromwell to uncover the truth behind the dark happenings at Scarnsea. But investigation soon forces Shardlake to question everything that he hears, and everything that he intrinsically believes…

My thoughts :- I enjoyed this book a lot. The story was a great mix of history and crime fiction two of my most favourite subjects, combine the two with a good plot and story line and for me your onto a winner. The story moved along at a good pace, in places perhaps it lagged a bit but really not enough for it to bore me. It had many twists and turns and just when you thought you had it figured out you were offered a new slant that made you think twice. What I love most about crime fiction is figuring out the who and they why and although with this I had picked out the character who I thought it was at the start who it did turn out to be you still were not sure until the last chapters there was still doubt as to whether I was right or not. There was one twist I hadn’t guessed at and when shown it I did have the right suspect then from the clues but I didn’t guess at the twist. The character of Matthew Shardlake was a good one. Believeable with flaws like all of us, I don’t believe in having detectives who are perfect and to have given him a physical deformity in the form of a hunchback was a good one.  He was also moody and irritable at times especially with his assistant which I couldn’t blame him at times as he came across as a very naive character and so the mix of characters together blended well for me. The setting and period were good also. It was very easy to picture the scenes and imagine what life was like and it came across as a very bleak time in both history and in terms of living. The book also I felt held true the time period and gave a good account historically and it neither lost the sleuthing part to the historic part or vice versa. It really was a good blend of both, not an easy thing to accomplish as one normally looses one to the other. This is definitely a series I will be returning to.

I am now reading The Doll’s House by Louise Phillips 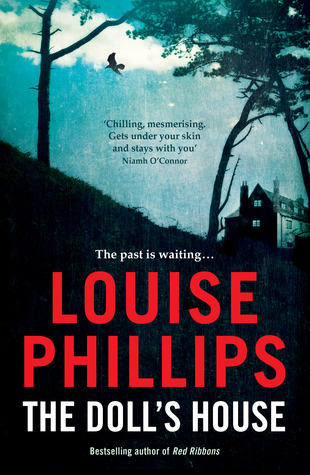 From Goodreads :- People say that the truth can set you free. But what if the truth is not something you want to hear?
Thirty-five years ago Adrian Hamilton drowned. At the time his death was reported as a tragic accident but the exact circumstances remained a mystery.
Now his daughter Clodagh, trying to come to terms with her past, visits a hypnotherapist who unleashes disturbing childhood memories of her father’s death. And as Clodagh delves deeper into her subconscious, memories of another tragedy come to light – the death of her baby sister.
Meanwhile criminal psychologist Dr Kate Pearson is called in to help in the investigation of a murder after a body is found in a Dublin canal. When Kate digs beneath the surface of the killing, she discovers a sinister connection to the Hamilton family.
What terrible events took place in the Hamilton house all those years ago? And what connects them to the recent murder?
Time is running out for Clodagh and Kate.
And the killer has already chosen his next victim . . .

This is a library book read one recommended to me by my librarians and I have high hopes for it.

This week the children are reading :- Most have finished what they were reading last week and some have read two from last week so I shall list all.

Alan is reading – The Rover Adventures by Roddy Doyle

Recommended to me from last week –

So what have you D.E.A.R. this past week?

This entry was posted in Books, What am I reading and tagged CJ Sansom, Dissolution, Louise Phillips, The Doll's House. Bookmark the permalink.