Hidden from view as far North as you can go is the town of Nicholaston.

In this town is a post office who deals with the millions of letters that come in to Santa Claus.

Two very special brothers run this post office. They are Truffle and Fudge.

Decked out in their red woollen jumpers and Santa style hats they sort through all of the letters that come in from boys and girls all around the world and keep the post office running.

Truffle opens all the envelopes and carefully lays each letter flat in a special folder ready to take to Santa Claus for him to read through. Truffle is a quiet shy sort of bear and loves his work away from the hustle and bustle of the town. He likes working in the back of the post office sorting the letters and he is very good at organising. He has wonderful neat handwriting and so Santa Claus has given him the job of making a list of who has sent letters each year. It is such a neat list it makes it easy for Santa Claus to see who he has to write back to, thanking them for their letter. 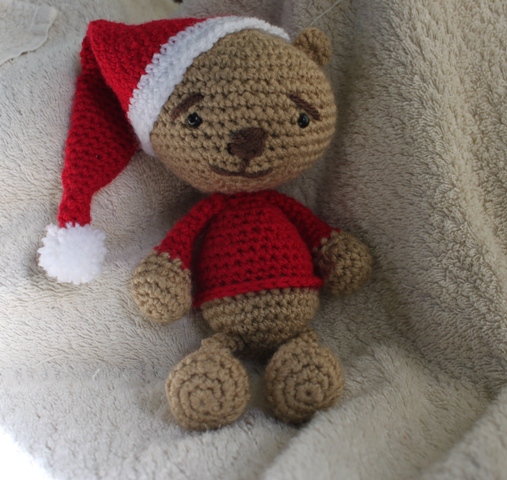 Fudge is a far more talkative bear and so he tends to work at the counter in the post office. He makes a cheery sight in his red woollen jumper and Santa style hat and always has a smile and wave for his customers. He too helps Fudge with the sorting but it’s too quiet for him back in the sorting office so he prefers to be out front. He’s a strong bear who makes easy work of hauling large sacks of letters out the back. He can be heard whistling a merry tune as his stamper stamps each letter going back to the boys and girls from Santa Claus. 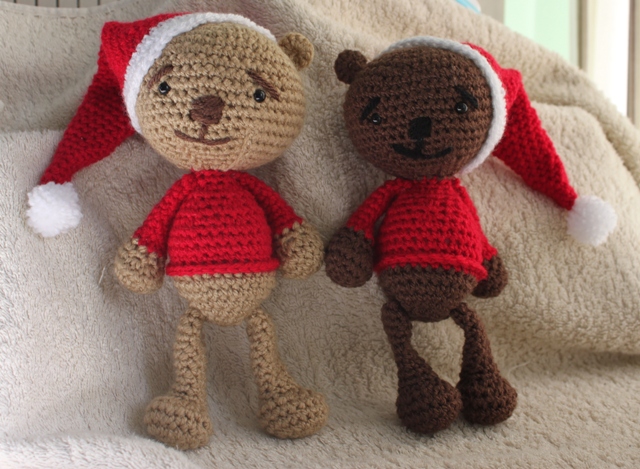 Truffle and Fudge when not at work love to play outdoors. They love skiing and sledging on the mountains that surround their town and afterwards love to curl up by the fire with mugs of hot chocolate.

These two brothers are inseparable.

This is only an introduction to Truffle and Fudge who are a design of my own. Both them and their story are purely out of my imagination. They have many adventures some of which are in my notebook waiting to be written up. The town on Nicholaston is also out of my imagination and I have notes all about it and other characters that also live there many of which I hope to create over the coming months.

I hope you enjoyed the introduction and the characters.

This entry was posted in Crochet, Finished object and tagged Truffle and Fudge. Bookmark the permalink.

3 Responses to Introducing Truffle and Fudge