I can’t believe we are gone through October and now in November. It seems like no length since I was sorting through photos from over the summer.

I’ve looked through some of what I’ve taken *note to self I need a new memory card and here are some happenings with us this past month.

We started off the month with celebrating Dominic’s 12th birthday. 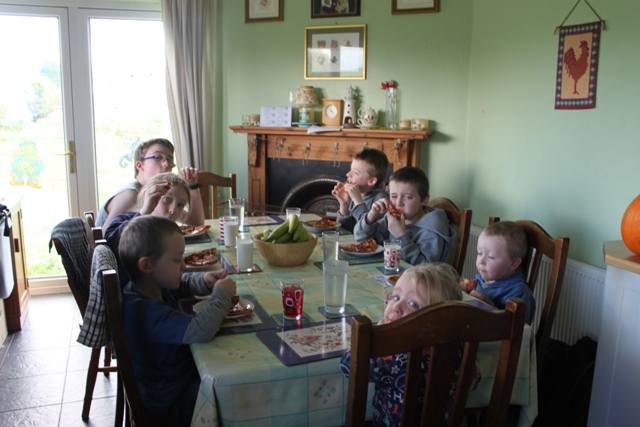 Dominic had a party on the evening of his birthday and his cake of choice was sticky toffee pudding with butterscotch sauce.

I only managed to nab this photo before it was all gone!

He did have a party with his friends on the Saturday after and he had a chocolate cappuccino cake but I forgot to take some photos. 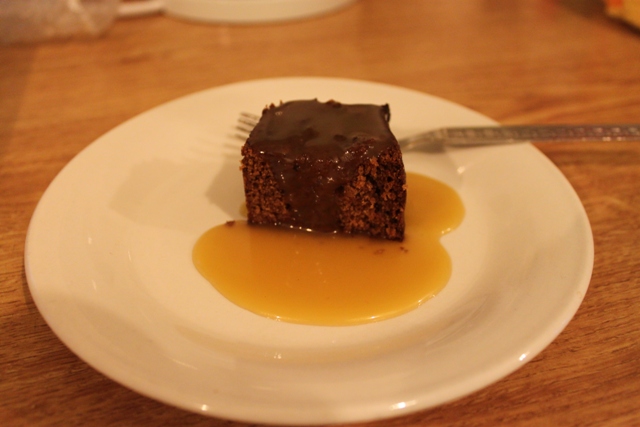 As I have mentioned many times before Dominic and Caoimhe play the piano as you will have seen from last month’s catch up.

Alan plays guitar and one evening while my sister Eiméar was visiting it turned into a bit of a session. She was showing them how to play the bodhrán. She plays piano, bodhrán and the tin whistle. Our children play the tin whistle, they learn that through school.

Here are some photos I managed to snap from that evening. 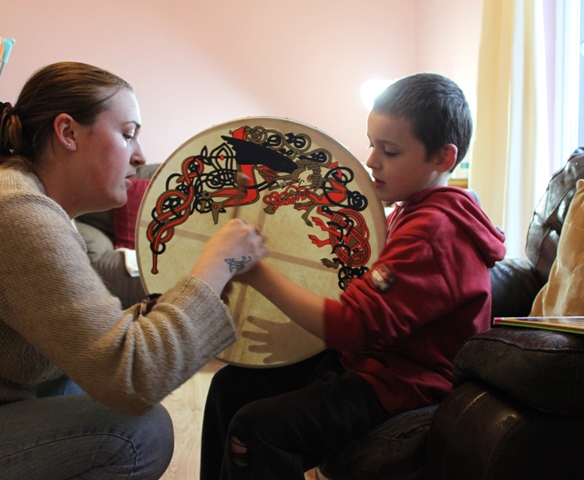 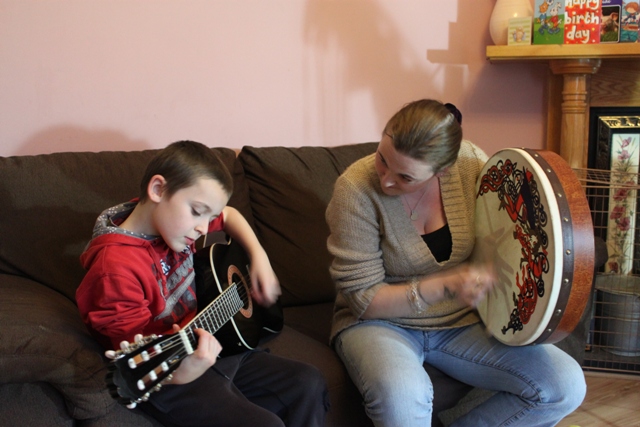 October sees the children’s mid-term from school and Halloween.

They put on some halloween songs on the radio in the little boys room and these are the photos I snapped of them. They were all unaware I was there snapping but all were curled up on the beds or lying out listening. 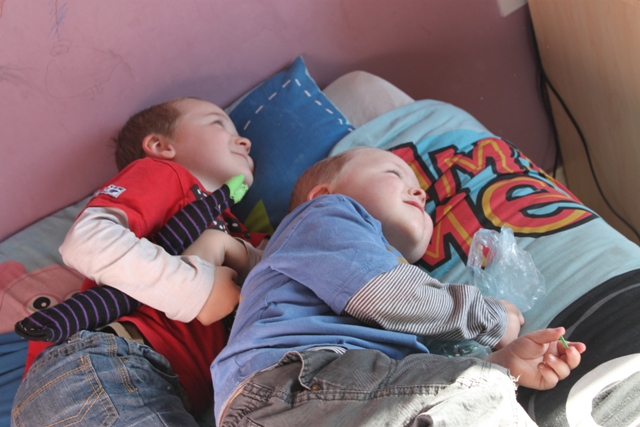 Ruairí and Benjamin curled up. 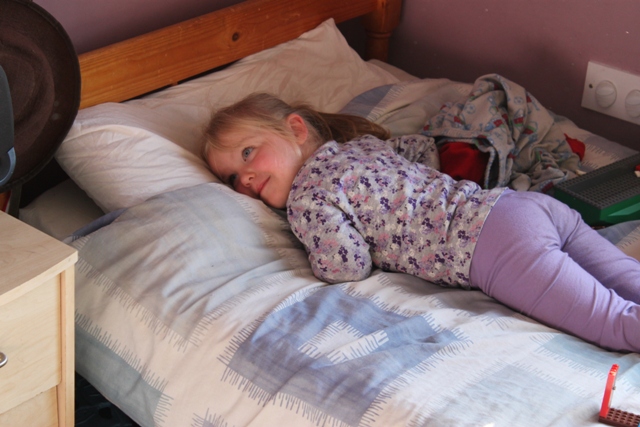 On the same day but totally not interested in the halloween music were Caoimhe and Evelyn who were hanging out with each other in the girls room and hallway. 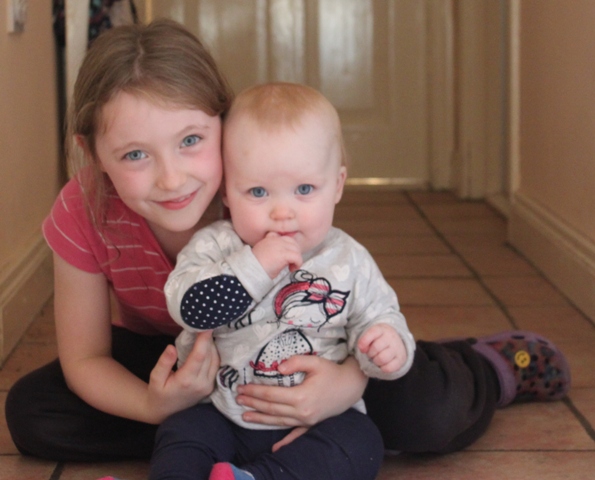 We did do some small amount of dressing up for Halloween. We visited my parents house one evening and the children got their faces painted by Eiméar and ate sweets and generally had Granny and Grandad spoil them, but then isn’t that what grandparents do!

This is a pumpkin costume I bought 13, yes 13 years ago and each of the children for their first Halloween were dressed as a pumpkin so naturally that was what Evelyn had to go as, cute isn’t the word for her and I remember thinking that exact same though when each of them were dressed as it to lol.

Evelyn dressed as our traditional pumpkin

Benjamin, Elizabeth, Ruairí and Caoimhe at the back with their faces painted 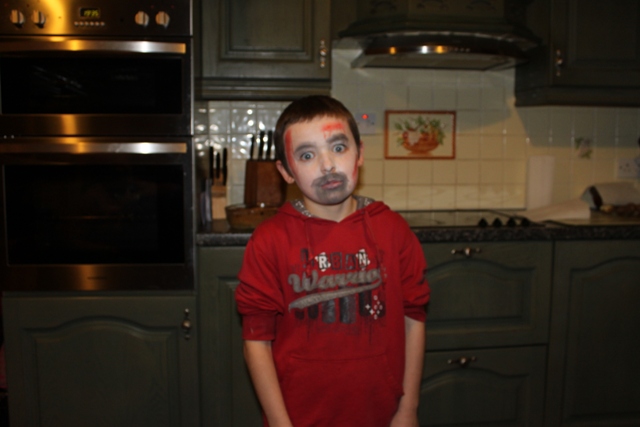 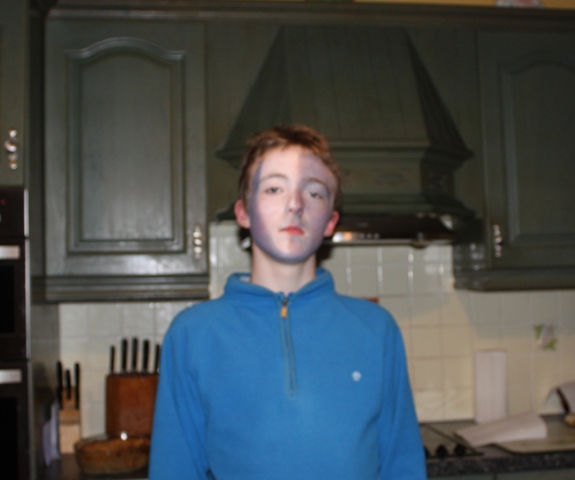 James opting for the braveheart look

Dominic wasn’t feeling the love of face paint that night and managed to escape the camera a trend I’ve spotted from him this month. Next month it shall be my mission to snap him more.

Earlier in the weekend James had his word up class where he goes and learns about oh such a great many things. For Halloween we had a gathering for a mystery evening which we could wear a costume for.

James and I chose Endeavour Morse and Hercule Poirot. Btw if you know us either James or I these costumes were a no brainer of pick lol.

Now this is the one and only time you are ever going to see this photo here but this is especially for my sister Iris who catches up with all that’s happening with us through the blog.

The only other thing to happen this month was my change of hair colour. I won’t say style as it’s been this short from the middle of the summer and I love it this short! The colour is something I’ve said I’d try from I cut it this short so this was the month I set about getting this colour. Of course this couldn’t have happened without my very talented hairdresser! 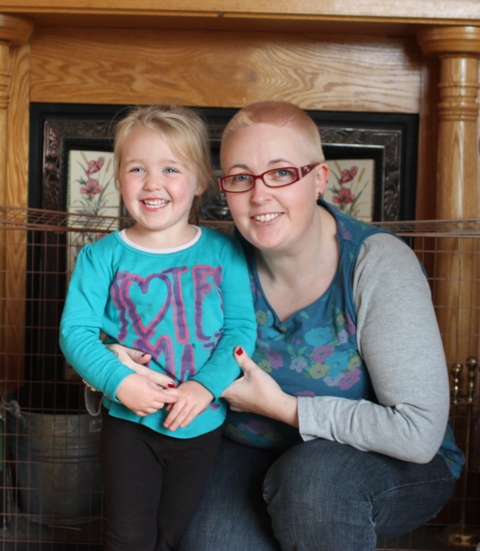 So there you have it, all that we have gotten ourselves up to this past October.

See you with November’s update.

This entry was posted in Family. Bookmark the permalink.

11 Responses to This month we’ve….